Enter your City name or Pincode

Longding is the headquarters of the administrative district ‘Longding’ which is a newly formed district in Arunachal Pradesh. Initially the town was a part of the district Tirap. Later on in the year 2012, the district was formally inaugurated by chief minister Nabam Tuki.

As per the census of 2011, the population of the town of Longding is 3615 with a total of around 795 households. The people here are mainly Wancho people who have a culture very similar to that of the Naga people. Apart from the Wancho people there are also the Nocte people, Konyak people and Naga people. Although a majority of the people have converted into Christians, yet there are a few who still follow animism. 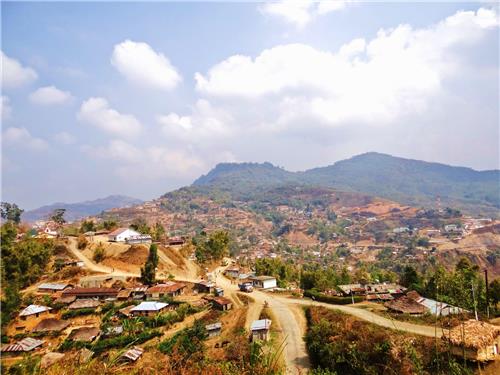 Services and Utilities in Longding

The electricity services in Longding are provided by the Department of Power Arunachal Pradesh, headquartered in Itanagar and supervises the electrical services throughout the state. The postal services are headed by the Indian Postal Services and there is a single bank State Bank of India in Longding providing banking facilities:

Longding is a small town in the district of Longding in Arunachal Pradesh. With the district being newly formed many new plans and projects are on its way to make this district a better place for the inhabitants. Communication to the town is however not a very hard job. Buses and taxis are easily available.

By Air:
The Mohanbari Airport in Dibrugarh is located around 163kms. away from Longding, hence flight journeys are feasible from the place.

By Rail:
The nearest railway station to the town of Longding is the Tinsukia railway station which is at a distance of 152 kms. Hence just a mere 3 and a half hours away.

By Road:
The town of Longding is easily connected to all of its nearby towns such as Dibrugarh, Miao, Tinsukia, Margherita, etc. The roads have been constructed to provide easy transportation to the tourists and others. Buses as well as private taxis and cabs are available for people to travel to and from Longding.

Are you a Business Owner?

Add the products or services you offer